I Learned about Leading from: That Phone Call

Several years ago (longer than I care to recall!), when I was first made a director and member of the country leadership team, I was driving along the M20 one day to attend a meeting of one of the teams that now reported in to me.  The fact is, to this day (over 15 years later) I can still tell you:-

The reason for such clarity of memory, I guess, is down to the significant event that unfolded right there and then.  My phone rang! 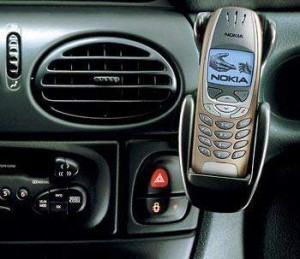 “Wow!” I hear you say…  “so what?!”  Well, I was about 1 week into my new role and it felt a significant step up.  I was now reporting into the GM for UK and Ireland, an individual who was extremely highly rated within the organisation.  I guess, to be honest, I was a bit in awe of him and a bit bewildered by my recent appointment.  It was his name that came up on the display of my gold Nokia mobile phone (you remember those, right?)

The voice inside my head was loud and active and not too complimentary in his thoughts!  I answered anyway…

“Hey Antony!  How’s it going?”  His standard opening gambit at any time.  I answered, awkwardly, wondering what to say for the best.

“I just rang to say well done for your inputs over these last few days.  I was particularly impressed in yesterday’s LT meeting when you……….  Keep up this standard and I’d say you have a very bright future ahead.  Have a good day!”  …and with that, he simply rang off.

I was stunned.  I had never had a call like that before.  Especially from a boss!  No real questions, no requests, no “ifs” or “buts”.  Just a very powerful and timely positive acknowledgement.

I felt so amazing, so on top of the world….even the few clouds in the sky seemed to disappear!

Then my thoughts started in a different direction….”who could I have the same inspirational impact on?”  And with that I proceeded to call each one of my new direct reports and give a similar, personal and positive message.

By the end of the week, I was hearing that several of them had repeated the same with their teams!  Hey, maybe my bosses boss had called my boss earlier that day?  Who knows?

But this event taught me so much about inspirational leadership.

I have used it many, many times since and encourage most of my mentees to do likewise.

Be genuine.  Be positive.  Be gone!

After all, iTS Leadership!