I learned about leading from: That Head 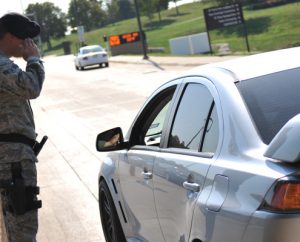 Quite early on in my career, I discovered that our Commanding Officer was known as “The Head”.  I thought that this nickname might reflect the authority of his position at the top of our organisation – the Headmaster or the Head Honcho, if you like – but over the next few months, the full nickname was revealed.  He was in fact known as “The Head in the Car”.  Each morning, he would walk from his front door, get into his official car, be driven to the front of the office building and he would go inside and disappear into his office until the end of the day, when the journey would be repeated in reverse.  On both journeys, his car would pass through the security barriers where the duty personnel would open the gate, salute and close it behind him.  All they ever saw was “the Head in the car”.  They even began to speculate that what they were seeing was actually a robotic head on a stick that was there to spoof us, and that we were in fact being controlled by some form of artificial intelligence network (this was the time of the first Terminator film).

A few months later, we were called to the parade ground to wait for an announcement from the Commanding Officer.  We formed a hollow square and The Head appeared from the office block to explain to us that we would soon be hosting a VVIP visit and as a result our planned summer leave might well be disrupted.  As he finished speaking, a voice was heard to say in a loud stage whisper “I know who the VVIP is but who the hell is that?”.  How we laughed, particularly as the miscreant was marched off to the Regimental Sergeant Major’s office to have a one-way conversation about talking on parade!

Although recalling that moment still makes me smile, another does not.  Several months later after a long exercise overseas, The Head did not take the gilt-edged opportunity that had been presented to him to say “Well done” to those who had just been away from home and working exceptionally hard for over a month solid.  He just told us over the radio net to “go back to your business”.  This time there was no stage whisper but rather an angry and frankly insubordinate response which attracted laughter and applause.  The equivalent of an angry media post receiving several hundred likes.  As a team, we were now only working to satisfy our individual motivations and pride, we were not in a place where we would have willingly gone the extra mile. 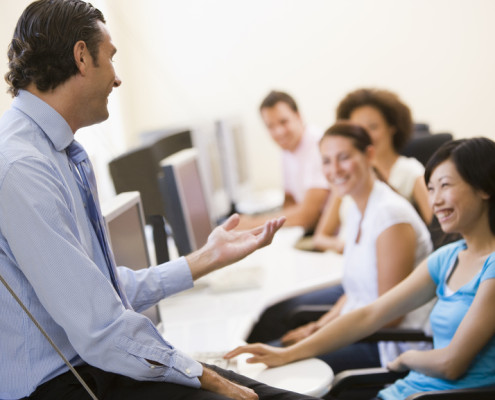 The Head taught me a valuable lesson and one that I tried to apply from that point on in my career.  Be visible and more than that, be connected.  I have always tried to incorporate “wandering about” into my leadership style.  Wandering about is not programmed visits to sites and offices where your team will have prepared presentations for you and be ready to pass their messages, report against KPI’s, etc; it is just wandering about, talking about football, weather, weekend plans, anything that is authentically engaging and it is there that you will really be able to gauge the health of your organisation.  You will hear alternative points of view, you will hear opinion that has not been shaped (intentionally or unintentionally) by your most recent comment, you will discover whether or not your intent and master message has really been heard, you will discover the fears and concerns that do not routinely get to your office and most of all you will enjoy some human interaction and almost certainly have a right laugh.  You will return to your office with a smile on your face and feeling more grounded.

I believe that this connection is becoming even more important as our diaries get filled with more and more process, more and more remote working and seemingly less time. Even though I tried hard to be a good wanderer, I still wish that I had wandered about more because every time that I did, it paid me back in spades.

So this week, I dare you to get up and go walkabout with no agenda in mind and see what you learn.  If small talk doesn’t come naturally to you, just say “Good morning, how’s it all going?” and then sit down, smile and listen and see where it takes you.

After all, iTS Leadership!