iTS AAR: The Journey

I was so pleased to hear that BD were Highly Commended at the PF awards for the way in which they have both embraced and embedded After Action Review (AAR) into their organisational learning and continuous improvement culture.

One of the reasons that I was so pleased was that the words After Action Review got me introduced to Antony and the team at iTS-Leadership and so the next chapter in my life journey began.

I love AAR.  I know its power and the energy that it generates and of course I am grateful for what it has done for me (now), in the past and for those that I have worked with.  It has saved lives on operations, made us more effective, protected us against complacency, allowed to respond to rapidly changing environments and so on.  In short, it has made us better.

I was a relatively junior officer when the AAR was introduced into the Army and for many years found myself in roles and appointments where I was charged with championing and embedding the concept and facilitating AARs.  When it was first introduced, AAR was regarded with uncertainty and suspicion based on a range of fears and insecurities.  Those fears revolved around concerns that those being subject to an AAR would be judged, would be subject to criticism and that leaders would be shown to be ineffective in front of their teams, that people would look bad and would be publicly criticised.  There was also a touch of arrogance in there based on a belief that we did not need a process to help us to learn lessons, we were all intelligent enough to identify them for ourselves!

AAR is not about blame or competence, it is about learning and becoming better 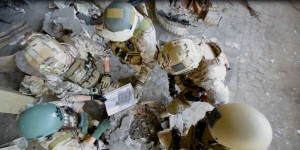 Such fears and concerns are natural particularly when the concept of AAR seems to be linked with events that have gone wrong.  It has been both fascinating to watch and be part of the journey that has seen the Army collectively come to understand that those fears were unfounded, AAR is not about blame or competence, it is about learning and becoming better:  who doesn’t want a boss who has the humility and courage to learn with the team?  Over time, it has become truly embedded in the Army’s culture and to very great effect and now rather than trying to persuade people of the value of AAR, the challenge is facilitating AARs for all of the teams who want them during training events.  In his most recent book, The Culture Code: The Secrets of Highly Successful Groups, Dan Coyle highlights how AAR allows US Special Forces SEAL Teams to work at the intensity and level that they do.

My biggest learning since joining iTS-Leadership has been to see how effective the approach is when applied to business teams.  The intent is the same but the delivery is different, borne of and reflecting the different cultures and the relative infancy of the concept with those teams but what is constant is the incredible shifts that it can bring. You would struggle to find an article or TED talk that doesn’t highlight that the most effective teams have continuous learning and improvement at their heart.  Traditional process-based learning committees, top down reviews and the like do not always deliver on that count because they often allow us to remain in our silo, hear what we want to hear, are based on hierarchy and do not challenge us appropriately. AAR does not fall foul of those traits and it truly enables some great learning at all levels as a result.

If you want to know more, please contact one of the team at iTS-Leadership.